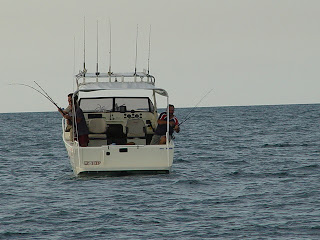 We went in 2 boats from Darwin to Sail City and camped in close south of Point Blaze overnight.

I think Tim Ezzy, David and Mark Pattemore went with me.  Not sure who went with Rob.

Don't remember much but it was very rough for us heading south pretty much from Roche Reef as there was a really strong southerly blowing straight into us - Robs boat cut into the waves much better than we did!

The only other thing I remember is that Tim was woken in the dead of night by a small mackerel that had somehow jumped into the boat and was going crazy on his face.  He was sure one of us had thrown it at him. 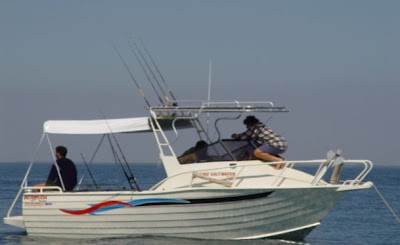 Paul gets a job at Batchelor

Labels: Paul, work
Paul started work in May 2003 as an IT Desktop Support Officer at the Batchelor Institute of Indigenous Tertiary Education - or "Batchelor College" as it is better known as.

Paul was at Batchelor for nearly 8 years.  Everyday he would catch the bus from Palmerston in the morning at 7am and either drive or ride as a passenger in the 50 minute coaster bus trip.   He'd back back at Palmerston at around 5.15pm each day.

As the IT Manager Paul had about 13 staff and a $2million budget to manage so quite a lot of responsibility.
Posted by Paul at 8:00 am 0 comments