Labels: death, thomsens
Today we joined family and friends in Maryborough to celebrate the life of Wilson Thomsen. 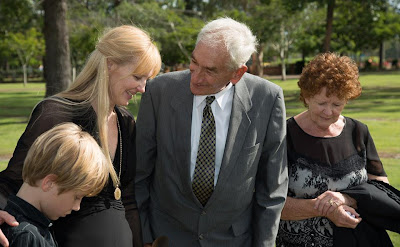 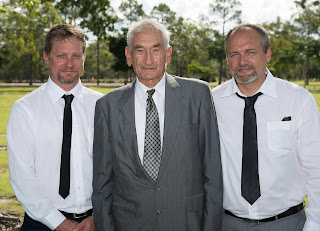 It was a big turnout and Uncle Wilson was obviously very respected and loved in his community.  The service was really beautiful.

It was great too to catch up with cousins Paul , Craig and Peter hadn't seen for ages or in some cases ever met (eg some of Aunty Hazel's children) - they would've loved to see more of them.  It was really good to see Uncle "Nookie" also who is in poor health.  Uncle Nookie is Uncle Gilbert's older brother and son of Sophus (Dick).

Was really awesome to have Craig with us as he hadn't caught up with the QLD relatives for many years and was able to spend some time at Traveller's Rest etc.  Peter had to go back on the Tuesday but Paul, Gwenny and Craig stayed until the Wednesday.
Posted by Paul at 5:00 pm 0 comments 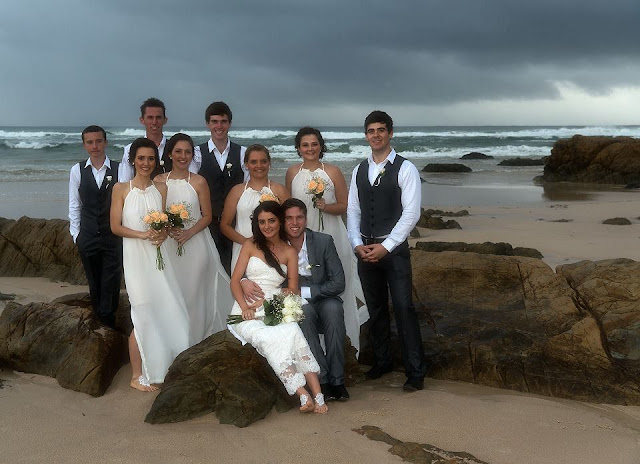 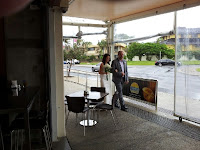 Well was a beautiful day - even if it didn't go quite to plan!    The plan was to have the ceremony on the beach but a very rainy day made that out of the question - fortunately as you can see we were able to get a few photos later at the spot.

So the ceremony was held inside where the reception was held later (this was always the backup plan) and it was a lovely intimate occasion.  Family and friends were wonderfully helpful and it was great to share the occasion with them.  A special thanks to the likes of Jessie (doing photography), Ree-Ann (make-up etc) and Nadine (general organising and support) who all worked very hard!  There were of course many others who helped out a lot and we are just very thankful to those who made the trip to celebrate the big day with us. 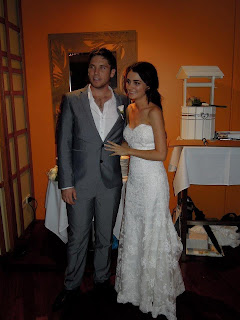 Shannon and Rosanna Beath left early the next morning to their honeymoon in Thailand.  They'll be passing by Darwin on the way back home in a couple of weeks where we'll have a bit of a get together for those who couldn't make it down to the wedding.﻿
Posted by Paul at 3:54 pm 0 comments

Labels: death, thomsens
My father's brother passed away this morning. This old world has lost a very special man and won't quite be the same without him. I believe he is in a better place however, although we'll sorely miss him - especially Aunty Narelle, Karlie and Kim and their families. Our thoughts and prayers are with you all!

Uncle Wilson is the 4th and second youngest child of Noble and Jessie Thomsen (Paul's father Ivan being the youngest).   The five children in order of age are Nora, Hazel, Clyde, Wilson & Ivan.   Uncle Clyde has lost all his brothers and sisters now.

Uncle Wilson has had a long and brave struggle with serious health issues the last couple of years and we knew things were pretty dire.  The news was still a shock and very heart wrenching.

We know Uncle Wilson would not want his passing to effect our wedding celebrations and we'll therefore endeavour to enjoy things albeit with heavy hearts.  Paul, Gwenny, Craig and Peter Thomsen will extend their trip and go up to Maryborough for the funeral next week.
Posted by Paul at 7:30 am 0 comments 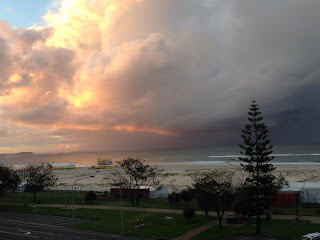 Well this is our view the first night from the hotel - not a bad location!  Well that was until we realised that the construction site at our feet had very noisy machines during the day!

Ah well all the more reason to get up early and do stuff instead of sitting around the hotel :)

Me and David joined Gwenny and Rosanna the first night at Shannon's place and then drove down the next day.  Daniel and ReeAnn flew down with us but we dropped them off at Ree's sister's place for a couple of days as they were attending a cousin's wedding.  They drove down her sister's car a couple of days later.

Well it was a great week - as the girls fussed and stressed about the wedding the boys went swimming heaps at the beach and just relaxed.  Was good to spend time with family and friends who were down also from Darwin and many other places (eg Troy from Brisbane and Craig/Lynn from Adelaide, Michael and Leanne from Maryborough etc).

We did have an interesting time on the Thursday when Daniel and David got in a rip and needed a bit of help to get back on the beach!  I didn't tell Gwenny about that one until after the wedding!

Was great to catch up with the new very-soon-to-be-inlaws too! ﻿
Posted by Paul at 2:43 pm 0 comments