Fishing trip to Sail City with Craig and Peter 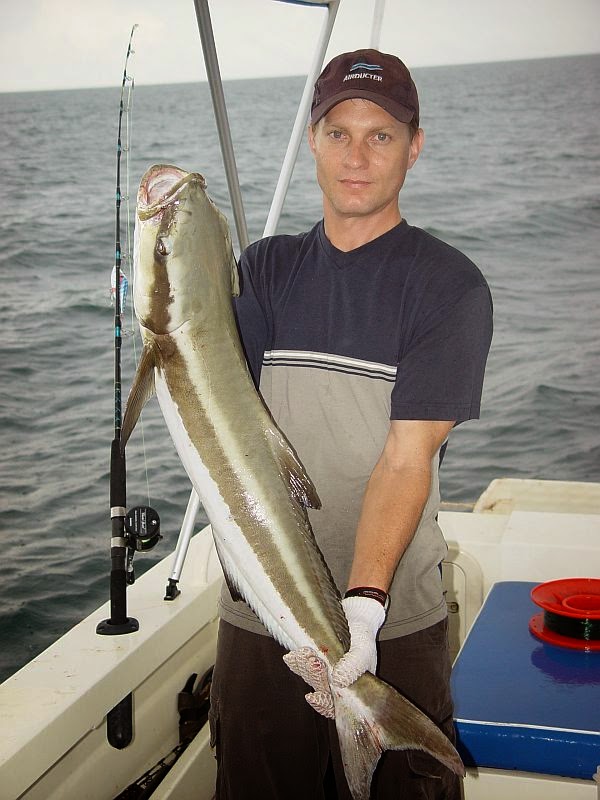 Today Paul set off from Darwin for a day trip to Sail City off Dundee in his boat Djambalawa.  His brother Craig, and cousin Peter Thomsen went with him, as well as Emilio (the son of Peter's partner at the time).

They set off when it was still dark and got to Sail City pretty early in the morning after a couple of hours of cruising on calm seas.  When they got there a nasty lightning storm was all around them.  There wasn't that much rain - it was like the remnants of an early morning storm was over top of them and spitting out booming bolts all round them.   It was a bit scary as they thought about the fact they were in a metal boat and the highest point on the ground anywhere around.
They didn't do that good trolling but did really well just bottom fishing.   Species caught included cobia, golden trevally and red emperor. 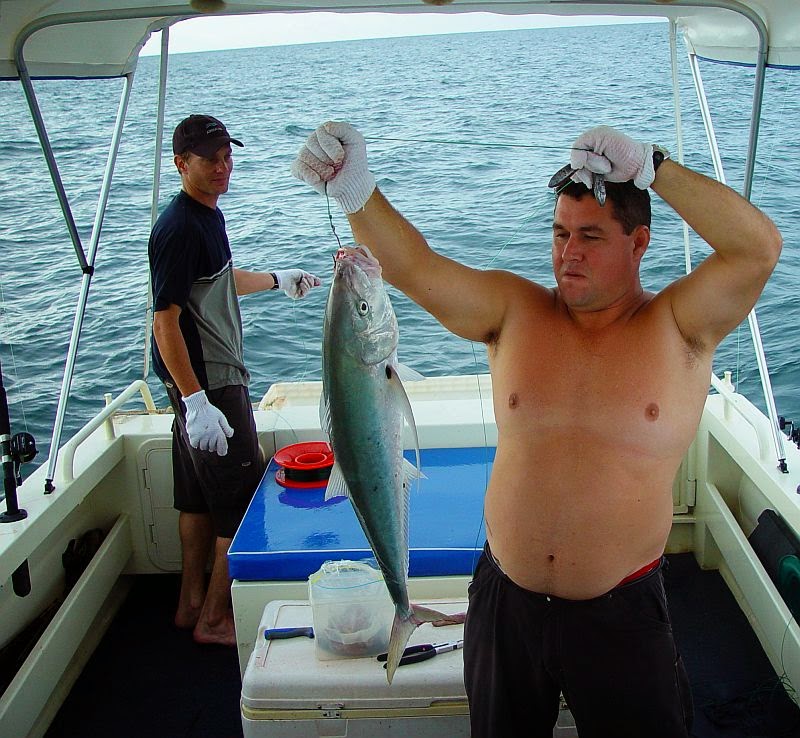 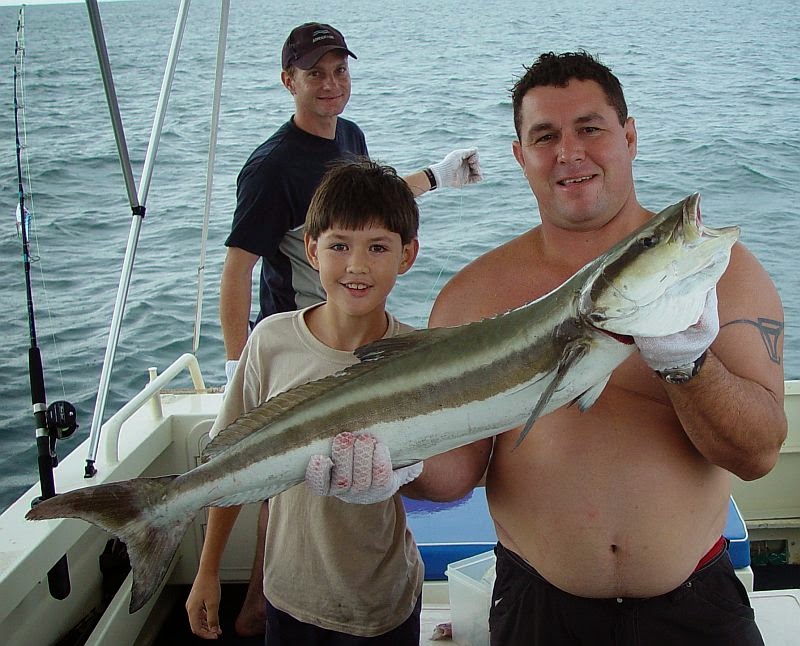 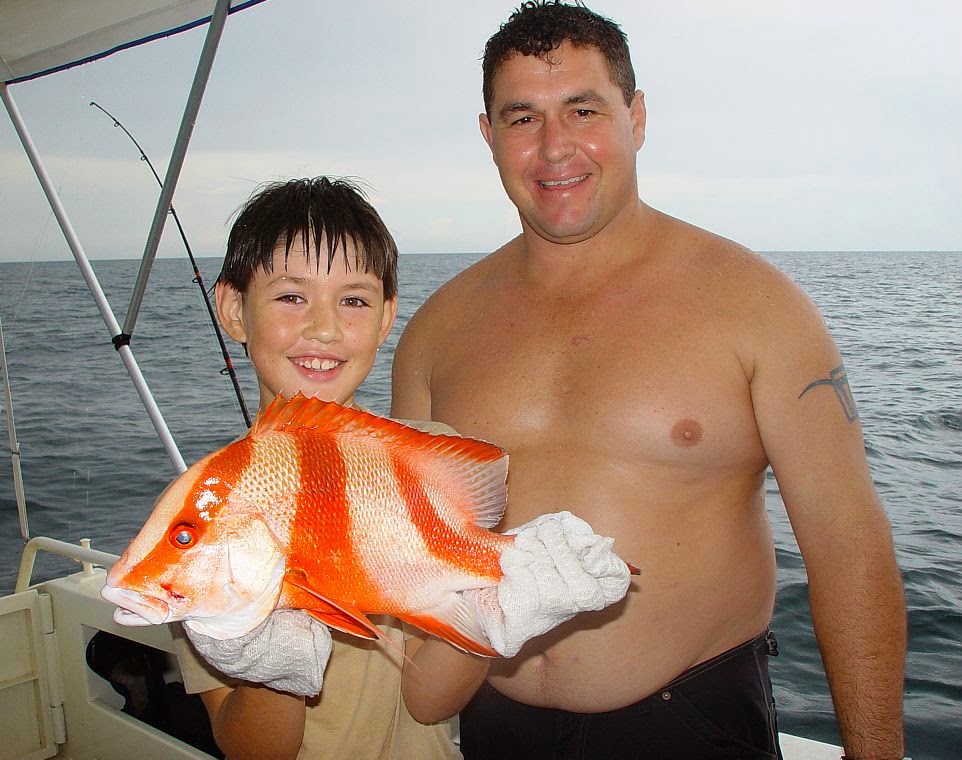