Labels: camping, fishing, trip
This was the 2nd time we had been to Sandy Creek.  This spot is basically at eastern side of the base of Coburg Peninsula - on the mainland near where the Goulbourn Islands are.

The last time we were here was a bit of a disaster - well it was a nice trip except Craig and I got shipwrecked trying to get there by sea in our old boat "Djambalawa" in 2003.  But thats another story!

I don't remember much of this trip but am putting it on the blog as I am with many other trips etc just to have a record for our family diary. 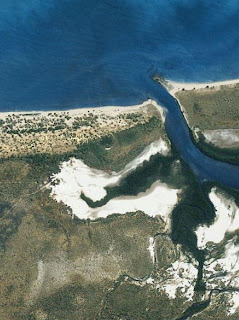 From memory we went for perhaps 5 days - I can see the photos I uploaded here were taken on Friday the 20th of September, 2009.   You drive across the East Alligator (Cahills Crossing) and then turn left onto the Coburg Road a bit past Oenpelli.  Then its a right turn off the road to get into Sandy Creek before going up the peninsula.

There were quite a few of us on the trip.  Colin and Dorothy, Michael Brown, Gwenny and I and the kids, Jessie and Rob, Baggsy and Melony, Graham and Robyn and some of their boys, David and Anne.  I've probably missed a few.

Here's a few things I remember.

There's no fresh water at the campsite so I think Colin brought in a big tank of water on the back of James' ute and Jessie setup a shower and all.

You camp right next to the mouth of the creek on the west side.  The creek is quite deep but the mouth is a bit shallow with a bar you have to watch out for depending on the tide.  We'd launch the boats each time on the sandy bank which was a little boggy - but no problems for my Discovery 3!

I don't think we caught a lot of fish - although there might have been one day when Rob and crew got a few jewies in his bigger boat out wider. 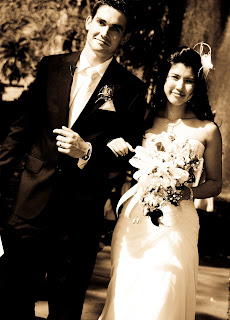 John and Sonia were married today at the Botanical Gardens by Peter Ezzy. 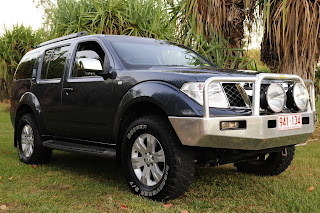 Now that I've bought the disco we needed to sell our Pathfinder - luckily it sold pretty easily - in fact straight away when I put it on the side of the road at the Howard Springs turnoff.

Was able to sell it for a little more than what I owed on it.﻿
Posted by Paul at 3:44 pm 0 comments 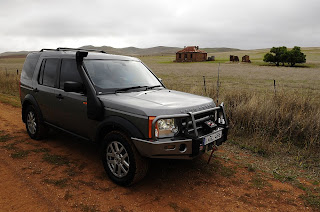 Gwenny and Paul flew down on the night of Wednesday the 29th of April and stayed with Aunty Kris.

We picked up the 2nd hand car on the Thursday from a private seller who lived on Toorak Road.  We noticed it had a bit of mud inside up high on spots where it shouldn't be but Paul had already bought it sight unseen!  We learnt later it had been drowned but it was still a great car anyway - especially once an electrical fault was sorted. 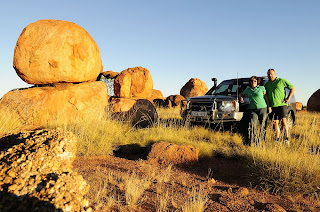 We had a good trip home.  The first night (Friday) we only got as far as Mildura as the car had a new engine and needed a 1000km oil change.